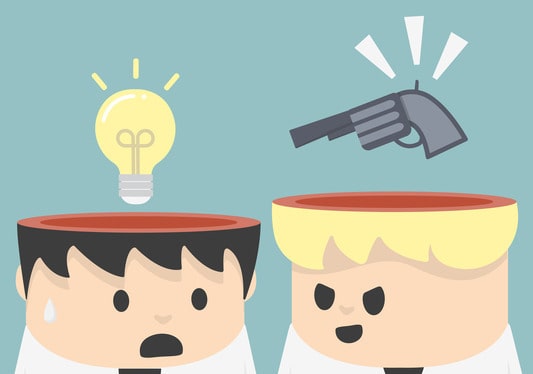 History has proven to us time and time again the importance of having patent law. Many instances exist in which someone’s idea was stolen because it was not properly patented. After learning of some of these real-life instances that led others to surrender the profits from their ideas to others, you might be even more convinced of the necessity of a patent attorney like those found at the Law Office of Jeff Williams.

1. Thomas Edison and the Light Bulb

Although Thomas Edison is still renowned in history books for being the inventor of the light bulb, evidence shows that many other inventors toyed with the idea of the light bulb first. People such as Jean Focault, Humphrey Davy, J.W. Starr and others messed around with the idea. Some historians believe that Heinrich Goebel was actually the first person to have invented the light bulb in 1854. In fact, he tried to sell his invention to Edison, who refused it, but later bought Goebel’s patent for the light bulb after his death.

2. Albert Einstein and the Theory of Relativity

3. Alexander Graham Bell and the Telephone

Everybody attributes the invention of the telephone to Alexander Graham Bell. Yet, here is another instance of an idea perhaps being stolen because the true inventor of the idea lacked a patent attorney to ensure that his idea was protected. According to historical records, Antonio Meucci, an Italian inventor, actually invented the first telephone in 1860, but he called his invention the “teletrofono.” Although Meucci filed a temporary patent on his idea, he failed to renew his patent. Shortly thereafter, Alexander Graham Bell grabbed hold of the idea, obtained a patent and subsequently is now known as the inventor of the telephone.

When you hear the term “penicillin,” you no doubt attribute its invention to Alexander Fleming, who history teaches us came up with the idea of using penicillin to treat illnesses. However, many historians note that evidence indicates that it is difficult to pinpoint who actually came up with the idea of penicillin. North African tribes reportedly used the medicine for thousands of years, and in 1897 penicillum glaucoma was used by Ernest Duchesne to cure typhoid in guinea pigs. Even when Fleming later picked up on the idea of penicillin and worked with it, he stopped working on it and moved on while other scientists eventually mastered it and found a way to mass produce it.

5. Galileo Galilee and the Telescope

The Italian astronomer Galileo is always attributed with the invention of the telescope. However, the person who actually came up with the idea of the telescope was a Dutchman named Hans Lippershey. He even applied for a patent for his idea back in 1608, but his application was denied for no clear reason. Therefore, after Galileo heard about Lippershey’s work, he was able to assemble his own version of the telescope and because he managed to obtain a patent for his work, he is the one who is forever accredited with its invention.

As you can see, there are serious consequences for failing to have your ideas properly patented. As in these cases, someone else could end up receiving credit for an idea you actually came up with if the laws of patenting are not followed. This is why it’s essential for you to make sure that you obtain the representation of an experienced patent attorney when you need to protect a potentially successful idea that you have.

At the Law Office of Jeff Williams, our lawyers have experience with patent cases and know the appropriate procedures for protecting your ideas, from applying for patents to arguing any disputes that arise over them in court. Our lawyers are always on your side and will fight aggressively for your rights. Call us today to obtain the representation that you need to secure your ideas.

Jeff Williams is an experienced mechanical engineer and lawyer that consults closely with clients in a strait forward and clear manner.  He brings a particular set of strengths and unique perspectives to the firm.      Jeff received a B.S. in Mechanical Engineering from Arizona State University in 2005.  He was an engineer for a number of years at a number of large corporations before pursuing his law degree.  He graduated from Texas A&M University School of Law (formerly Texas Wesleyan University School of Law) with a J.D. in 2010.  By combining his education and prior work experience into the field of intellectual property law, Jeff has developed key skills to fully assist clients.  View all posts by Jeff Williams