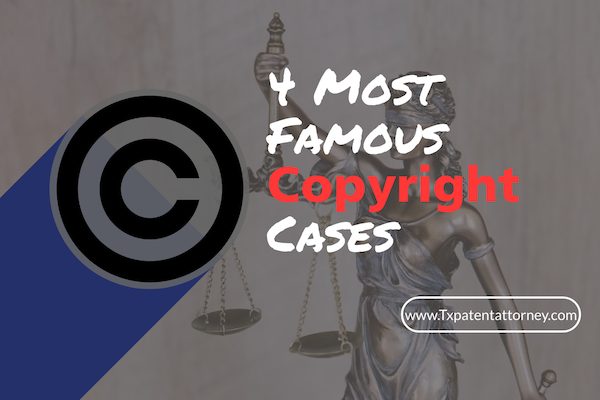 Like patents and trademarks, copyrights are a form of intellectual property protection. In fact, copyrights are used to protect works of authorship that are original and are fixed in a tangible form. This means that copyrights can be used to protect drawings, photographs, compositions, audio recordings, books, films, plays, computer programs, blog posts and additional creations.

In order to obtain and enforce a copyright, it is essential to have the copyright recorded with the U.S. Copyright Office. The author of the created work typically is the owner of the copyright, though it is possible to assign ownership to an individual or entity, such as if the work was created in the course of the creator’s employment.

Moreover, it is possible for a copyright owner to grant permission to others to use all or a portion of their original work. Such agreements may involve the payment of fees to the copyright owner to compensate them for their work.

Unfortunately, many people and organizations don’t understand the finer points of U.S. copyright law. This may lead them to inadvertently use something that does not belong to them. Examples of this may include quoting from someone else’s book without citing the source or using a portion of another’s song in a sound recording. When a person features a photograph on their website that was taken by someone else, this also may be copyright infringement if permission was not obtained.

While some cases of copyright infringement are accidental or unintentional, others are not so innocent. Occasionally, someone will deliberately use all or a portion of someone else’s work and pass it off as their own.

Whether the infringement is accidental or intentional, the responsibility for enforcing their rights falls to the copyright owner.

Some copyright disputes become so heated that they turn into litigation. Other cases manage to avoid a trial, but they still undergo an intense and very public battle to determine who unfairly borrowed from someone else’s work.

Here is a look at some of the most famous copyright cases.

The music industry is rife with copyright disputes. Songs may be protected in two ways with copyrights. These protections include coverage for the composition and for the sound recording of the composition. If someone wants to legally use any part of a song that is protected by copyright, then it may be necessary to obtain two licenses from the copyright owner. A sync license may be granted for the composition while a master-use license is needed for the sound recording. Accordingly, it may be necessary to obtain the permission of the songwriter, the performer, the record label and the producer.

When Vanilla Ice released his song “Ice Ice Baby” in 1990, listeners couldn’t help but hear that the bass line was incredibly similar to that used in the 1981 collaboration between David Bowie and Queen entitled “Under Pressure.”

Lawyers working for Bowie and Queen threatened to sue Vanilla Ice for copyright infringement. Vanilla Ice responded by saying that the bass lines were different as his melody included an additional note.

However, the difference was considered inconsequential, and he was sued. The case was settled out of court. While the amount of the settlement was not made publicly available, experts speculate that paying Bowie and Queen for a license would have been far less expensive than paying the out of court settlement proved to be.

Similar examples are found throughout the industry. One of the earliest of these occurred in the 1960s when Chuck Berry’s representatives accused the Beach Boys of plagiarizing one of Berry’s songs. The allegations centered on the Beach Boys’ song “Surfin’ USA,” which Berry accused of being a copy of his 1958 release “Sweet Little Sixteen.”

This one didn’t come down to a lawsuit, but it certainly established a precedent for the need for artists to protect their work.

If you were a fan of science fiction living in the late 1970s, it was a great time to be alive. With the release of the first Star Wars film in 1977, sci-fi films and television series took the world by storm.

Following Star Wars’ success in 1978, the first episode of Battlestar Galactica aired on television. From a ratings perspective, it performed fairly well. It only lasted for one season that consisted of 24 episodes. It seemed that the series was destined to be quickly forgotten.

However, the short-lived television series did make an impression on executives at Twentieth Century-Fox, the studio responsible for Star Wars. Fox sued Universal Pictures because of Battlestar Galactica, claiming that the series was clear copyright infringement on Star Wars.

In all, Fox listed more than 30 similarities that they alleged were infringing. The case lasted much longer than the television series, dragging on for half a decade only to be settled out of court. This left the allegations largely unresolved.

Why did the two sides settle without going to trial? It likely is because Fox would have had a difficult time proving that Battlestar Galactica was truly infringing rather than just being a copycat. Lawyers representing Star Wars would have had to prove that the elements at the heart of the case were original to Fox, that all of those elements qualified for copyright protection and that the TV series copied those elements.

Simply put, Fox had an uphill battle ahead of them. Settling out of court probably made a lot of sense for both parties.

Not every copyright case is about an artistic endeavor like a song or a film. Sometimes, these cases are more technology driven.

This was the case in the 2001 legal matter between inventor James Dyson and vacuum cleaner maker Hoover.

Dyson had gained fame as an inventor for a bag-less vacuum that relied on two cyclones, one to pick up small objects and one to pick up larger items.

In the case, Dyson alleged that Hoover had infringed his design with their Triple Vortex model. Hoover argued that the technology behind Dyson’s Dual Cyclone was already well known in the industry, but the court didn’t buy it.

Instead, the court decided that Hoover had willfully copied the Dyson technology. At the same time, the court preserved Hoover’s right to use the “VORTEX” trademark on its vacuums.

Clearly, copyright cases can be extremely complicated, and they can spill over into trademark and patent territory as well.

Here’s an interesting case that arose in 2011. Appropriation artist Richard Prince made changes to more than 40 images culled from a photography book by Patrick Cariou. Prince claimed that he had created something new with the photos, which meant that his work fell under the fair use doctrine. Cariou called the work copyright infringement.

The court ultimately decided for Cariou. According to the judge, the changes that Prince made to the photographs were not significant enough to change their meaning.

Prince appealed the ruling, and eventually won, with the court finding that the appropriated art had a different nature and target audience than the original works.

Should You Register a Copyright for Your Work?

Litigation is risky, and the outcome is never guaranteed. Accordingly, when infringement is suspected, it is always best to explore various avenues of resolution that don’t necessarily involve going to trial.

If you would like to register your work for a copyright or are concerned that someone has infringed your intellectual property rights, contact Williams IP Law for advice. We offer free initial consultations to new clients.